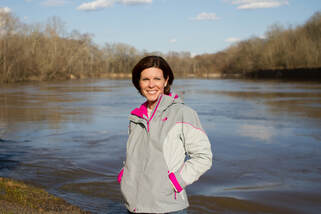 Abby Braman, Riverkeeper
​
Abby Braman spent much of her childhood in the outdoors and on the water in New Jersey lakes and oceans.  Her passion for the ocean led to her to attend the University of South Carolina and graduate in 1993 with a BS in Marine Science.  She attended the University on a ROTC scholarship and was commissioned an Ensign in the United States Navy.  Her Navy career consisted of Flight School at Pensacola, FL, designation as a Naval Aviator, tour with Helicopter Squadron 7 as an SH-60F/H Seahawk Pilot, and then TH-57 Flight Instructor.  After a 10-year career and upon the birth of her daughter in 2003, she was honorably discharged from the Navy.
Abby and her family moved to Mississippi in the summer of 2016.  She began spending time kayaking the Ross Barnett Reservoir and the Pearl River.  In February of 2017, she started the Take2Miss social media campaign designed to highlight the plastic pollution problems in our watershed.  She organized the 1st annual Pearl River Clean Sweep event that deployed river cleanup teams along the entire length of the Pearl River. In July 2017, she applied for and received licensing as a Waterkeeper Alliance member, the first of its kind in Mississippi.  It is her desire through Pearl Riverkeeper to have a direct impact on the health and welfare of our watershed.
Jessica Gauley, Board Member

Jessica Gauley is a lifelong native of Pearl River, Louisiana where she spent her youth playing in the Pearl River and the Honey Island Swamp.  She is an outdoor enthusiast with a strong passion to protect the wetlands through environmental education.   She helped form the Honey Island Conservation Program in 2011.  Jessica started hosting yearly litter cleanups on the Pearl River in 2012 and hosted her community’s first environmental outreach festival in 2017.  She is the owner and lead guide at Honey Island Kayak Tours.  Her company’s main focus is to help educate the public about wetland loss and conservation through educational tours hosted on the Pearl River.
Chris Lockhart, Board Member 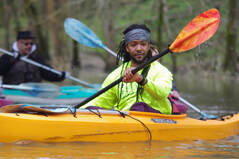 Chris Lockhart graduated from Murrah High School in 2008. He attended Hinds Community College and then Mississippi State University, where he received a bachelor's degree in biology education in 2012.  Chris teaches Biology at Clinton High School and, in 2015, he opened Capital City Kayaks as a way to share his love of kayaking with the community. He offers canoe and kayak rentals, as well as tours along local waterways such as the Pearl River and the reservoir. 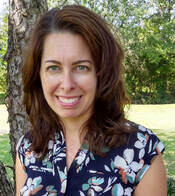 Jill Mastrototaro is the Policy Director for Audubon Mississippi.  Prior to joining Audubon in 2017,  she led the National Wildlife Federation's policy agenda in Mississippi and Alabama, striving to ensure billions of recovery dollars from the 2010 Deepwater Horizon oil disaster are invested in projects that restore the Gulf and benefit local communities.  In earlier roles with national and local non-profits, she was deeply involved in Hurricane Katrina recovery efforts and led successful state and national initiatives on clean water, renewable energy, public health and conservation issues.  Jill co-founded the Land Trust for Louisiana, the state's only grassroots-based, nationally-accredited land trust, which has protected 4,000 acres of imperiled lands and river corridors. 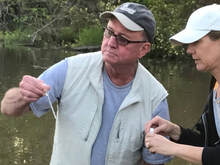 ​Billy Mitchell grew up in Jackson, Mississippi, and has lived at the Ross Barnett Reservoir on Pelahatchie Bay for over thirty years.  He has spent countless hours enjoying the Reservoir’s recreational opportunities, including running the trails, cycling, swimming, fishing and paddlesports.  He is an active volunteer with Keep the Rez Beautiful and Jackson Audubon Society. Billy attended Jackson State University where he earned a Bachelor of Business Administration degree, and received a Master of Business Administration from Mississippi College. He is a U.S. Navy Seabee veteran and is recently retired from Vertex Aerospace.
Andrew Whitehurst, Board Member 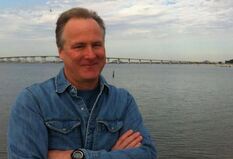 Andrew Whitehurst is the Water Program Director for Gulf Restoration Network.  Andrew works to develop and implement healthy waters campaigns in Mississippi, advancing GRN public policy positions through administrative comment writing, public education, and mobilization. Andrew has a B.A. in English from L.S.U. in 1982; a Master's Degree in Wildlife Ecology from Mississippi State University in 1990; and a J.D. from the Paul M. Hebert Law Center at L.S.U. in 1997. His experience includes work in coastal fisheries research, law, and conservation outreach.